Biography: Manisha Mehta has her expertise in weight, fat, muscle management and ReadMore...

Manisha Mehta has her expertise in weight, fat, muscle management and Sports Nutrition. Her keen interest in food and the way it affects life has driven her extensive studies in the subjects of Food technology, Packaging Technology and Nutrition along with Food Service management systems. The foundation of this presentation is based on the years of experience she has gained while studying as well as successful counselling of hundreds of clients with issues varying from weight management to lifestyle disorders and food intolerances in different settings including hospitals and health centers.

Dr. Nallamuthu Godhantaraman, Director, UGC-Human Resources Development Centre and Head, Centre for Environmental Sciences, University of Madras, Chennai, INDIA and Adjunct Faculty, Centre for Ocean and Coastal Studies, University of Madras, Chennai, India. He was a Visiting Fellow at the Department of Marine Science, University of Calcutta, Kolkata, India. He was a recipient of JSPS Post-doctoral Researcher at Hiroshima University, Japan and STA Post-doctoral Researcher at National Institute of Advanced Industrial Science & Technology (AIST), Japan during 1998-2002. He was a Senate Member - Middle East University, United Arab Emirates. Recently he has been awarded Distinguished Scientist Award 2015 – Venus International Foundation, Chennai, India for his outstanding contribution in his chosen field and also awarded as an Ambassador by the Asian Council of Science Editors for the year 2016. He has been awarded Bharat Gaurav Award by the International Friendship Society, New Delhi for his outstanding services, achievements and contributions in education and research. He has published more than 25 research papers, participated and presented research papers at more than 40 national and 15 International conferences held in India and abroad. He has visited Japan, USA, UK, Germany, France, Portugal, Singapore, Malaysia, China, Thailand and South Korea. He has successfully completed a number of major research projects and also serving as a member in various professional bodies/committees. He got Distinguished Scientist Award 2015 in India for the contribution in the field of marine sciences and Awarded as an Ambassador by the Asian Council of Science Editors for the year 2016. Besides, serving as an Editorial Board Member for the Journal of Shipping and Ocean Engineering and also referee/reviewer for many scientific journals (over 15) published by Elsevier, Springer publishers, Indian Publishers, UK Publishers and Indonesian Journals.

Biography: Kevin Galalae is the world’s foremost independent authority on the g ReadMore...

Kevin Galalae is the world’s foremost independent authority on the globalization-depopulation axis around which the international system has revolved since the inception of the United Nations in 1945, and the first to expose and scientifically demonstrate the existence, methods and consequences of the Global Depopulation Policy. He is the founder and Director of the Center of Global Consciousness (CGC), which is dedicated to the eradication of all covert chemical, biological, psychosocial and economic methods of population control and to their replacement with overt population control legislation through a global replacement level fertility law.

Biography: Karen Mulkijanyan is the Head of the Department of Pharmacology at Tbi ReadMore...

Karen Mulkijanyan is the Head of the Department of Pharmacology at Tbilisi State Medical University Institute of Pharmacochemistry and Adviser on Technology Commercialization to aforesaid Institute’s Administration. He obtained his MS in Biochemistry in 1981 and PhD in Pharmacy in 2005. Dr. Mulkijanyan’s research interests include studying the pharmacology of anti-inflammatory and wound healing drugs and analysis and prediction of structure-activity relationship of natural, modified and synthesized compounds. He is the author and co-author of more than 90 papers in peer-reviewed journals, about 30 presentations at international scientific meetings, and 2 patents 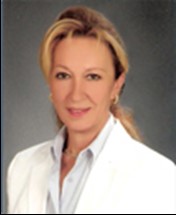 Biography: Prof. Semra Sardas is European Registered Toxicologist and head of the ReadMore...

Prof. Semra Sardas is European Registered Toxicologist and head of the Department of Toxicology , Marmara University, Faculty of Pharmacy , Istanbul, Turkey. Her international experience and collaborations include working on joint projects and working as a visiting scientist at University of London, Department of Pharmacology in Saint Mary’s Hospital and at the University of Newcastle upon Tyne, School of Medicine, Department of Pharmacology and Pharmacogenetic Unit. Her applied research has mainly focused on drug metabolism, adverse reactions, pharmacogenetics, DNA damage / repair and drug safety studies. She is among the founders of Turkish Society of Toxicology and Pharmacovigilance (Drug Safety ) Society of Turkey and serves as a scientific consultant in numerous commissions of Ministry of Health , Republic of Turkey and is the head of the Pharmacovigilance scientific committee

Dr. Paula Moyano received his JD degree at the Complutense University of Madrid in 2013. She has worked in the University of Massachusetts’ Students Legal Services Office while living in Massachusetts in 2011. She received a Masters in Pedagogical Sciences in 2017. She specialized in neurotoxicology and legal sciences and received his Ph.D. in Toxicology and legal medicine in 2016. She is a member of the Complutense University’s Research Team EcoBioTox. She is a co-author of several publications on toxicology and environmental journals and participated as a co-author of two chapters of the book Thyroid Toxicity.

Research Interest: Dr. Moyano research focuses on the evaluation of the effects ReadMore...

Dr. Moyano research focuses on the evaluation of the effects of environmental pollutants in the development of neurodegenerative diseases. Her area of expertise is toxicogenomics since her research looks into the toxic effects at genomic levels of persistent environmental chemicals and pollutants, and regulatory toxicology, since her interest lies in promoting changes at the regulatory level of the maximum allowed levels of exposure to the substances that she studies.

Dr. Javier Del Pino is Associate Professor at the Department of Pharmacology and Toxicology, University Completeness of Madrid, Spain from 2016. He received his PharmD degree at the University Completeness University of Madrid in 2004. He has two Masters in Sciences 2009 and 2010. He worked in Institute of Health Carlos III in the National Center of Environmental Health. From 2010 to 2012 he was an Associated Researcher at University of Massachusetts (UMASS) working in Sandra Petersen´s Lab in a National Institute of Health (NIH) project on developmental effects of TCDD endocrine disruptor on sexual differentiation. He specialized in neurotoxicology and neurodevelopmental toxicology and received his Ph.D. in Toxicology in 2009. He is a member and Manager of the Completeness University’s Research Team EcoBioTox. He is a co-author of several publications on toxicology and environmental journals and participated as a co-author of toxicology Book´s chapters.

Dr. Del Pino research focuses on the evaluation of the effects of environmental pollutants in the development of neurodegenerative diseases. His area of expertise is neurotoxicology, cytotoxicity, and toxicogenomics since his research deepens into the toxic effects of metals and biocides that induce cognitive disorders and other neurodegenerative processes both at cellular and tissue level, studying the molecular mechanisms involved in these effects. He takes a special interest in the genomic toxic effects that metals and biocides produce and the levels from which these effects are produced, all related to the safety evaluation of these compounds.